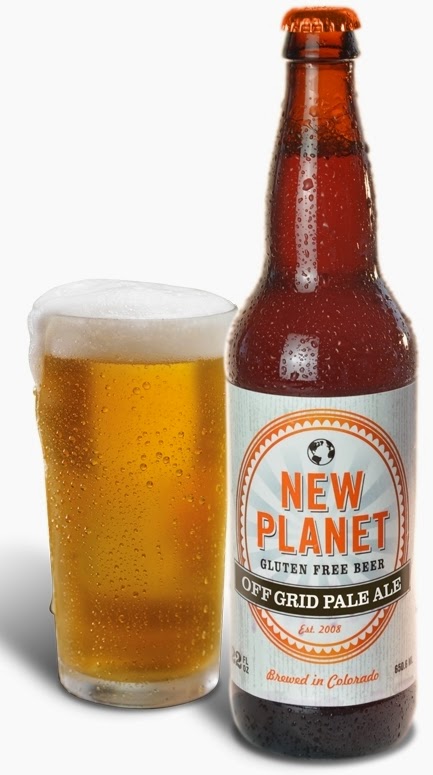 Commercial Description:
Off Grid Pale Ale is a wonderful interpretation of the classic pale ale style. It has a distinctly deep amber color and great character and body. Three varieties of hops provide a wonderful aroma and a citrus and spicy hop flavor. This smooth gluten-free ale is made from sorghum and brown rice extract, molasses, tapioca maltodextrin, caramel color, hops, and yeast.
(RateBeer.com)

Background:
Drafted May 5, 2013
I’m in the process of some spring cleaning. Cleaning out the beer frig and beer cabinet of all those beers that I have not gotten around to reviewing. Some of these have been hanging around since last fall.
January 29, 2015
As I finally go to post this lost review I realize that I really did lose the pictures.

Review:
The beer pours a clear copper with amber hues and a very modest off white head.

The nose is nice with sweet caramel malt aromas with some grassy notes.

Not a bad first sip. This is not a great APA but it’s a fantastic gluten-free beer.

The taste starts out with a touch of sweetness up front followed by a cleansing effervescence over the tongue in the middle of the sip. There is a slight building hop robustness toward the back-end that adds a slight hesitation on the top of the swallow. The finish is a little harsh with not your typical malt flavors but otherwise very pleasant and much better than most Gluten Free beers. There is also a nice hop bite on the finish.

I’m not going to give this a rating but this is probably  the best Gluten Free beer that I have had so far.